WELCOME TO THE WORLD OF BERRIES!

WELCOME TO ALL BERRIES!

Serbia has traditionally been among the top world producers of raspberries both in terms of their quality and quantity. Serbian raspberry is valued for its flavour, size, percentage of sugar, content of dry residue and nutrients. And Ivanjica region, where our company and production are situated, is the leading area within Serbian boundaries.

The top position of our country is due to favorable agricultural and ecological conditions for production of this fruit (untouched nature and climatic factors), developed science in this field, as well as traditional knowledge on species growth. In recent years the production of this culture is booming.

In 2015, Serbia returned to the second place in the world in terms of production of raspberries with the yield of 63,000 tons.The first place belonged to the United States, whose yield amounted to 75,000 tons.

Raspberries and other berry species of fruit which we produce and process, are grown in untouched nature, i.e. a Biosphere Reserve under the UNESCO protection. Golija Mountain, on whose slopes Ivanjica is located, was declared an ecological zone by the UNESCO in 2001, therefore fruits which grow here have a special energy value.

Ivanjica is the top region in the world by far with the highest concentration of plantations of raspberries, the highest yield and the best quality.

It is well known for the method of raspberry growing and a long tradition of its growing.

The facts show that berry species are less and less used as any other fruit, but more as a natural medicine.

Deep frozen fuit our company has in offer is produced in accordance with international quality standards: HACCP, BRC 7, IFS 6 and Halal. 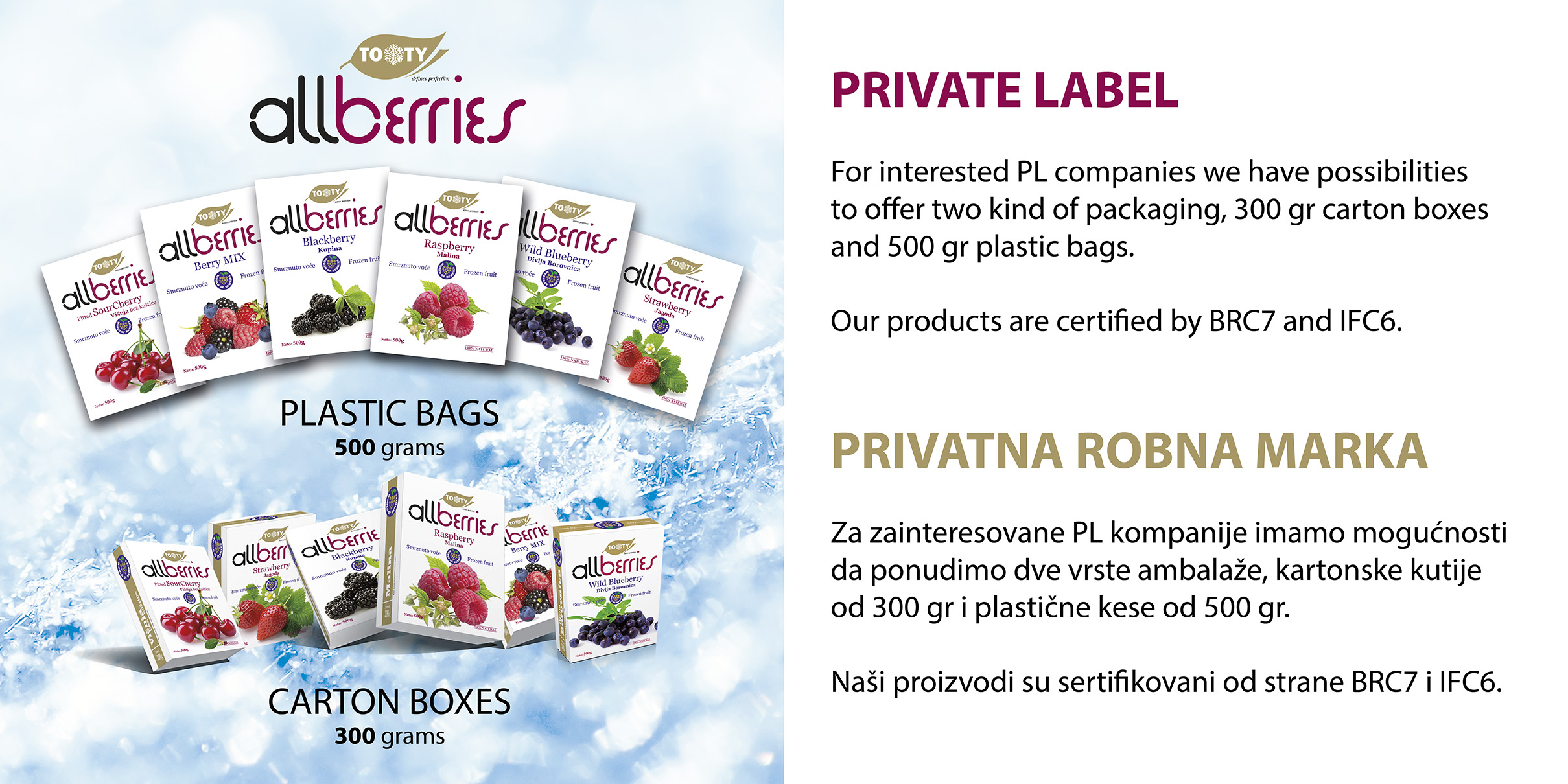 We are All Berries d.o.o. Ivanjica, private company founded in 2014. Our company is specialized in the production, freezing and sale of fruit. We own plantations for production of Willamette (90%) and Meeker varieties of raspberry but we are also engaged in cooperative production of raspberries, blackberries, strawberries, sour cherries, plums, blueberries and currants. All farmers we cooperate with are from Ivanjica region.